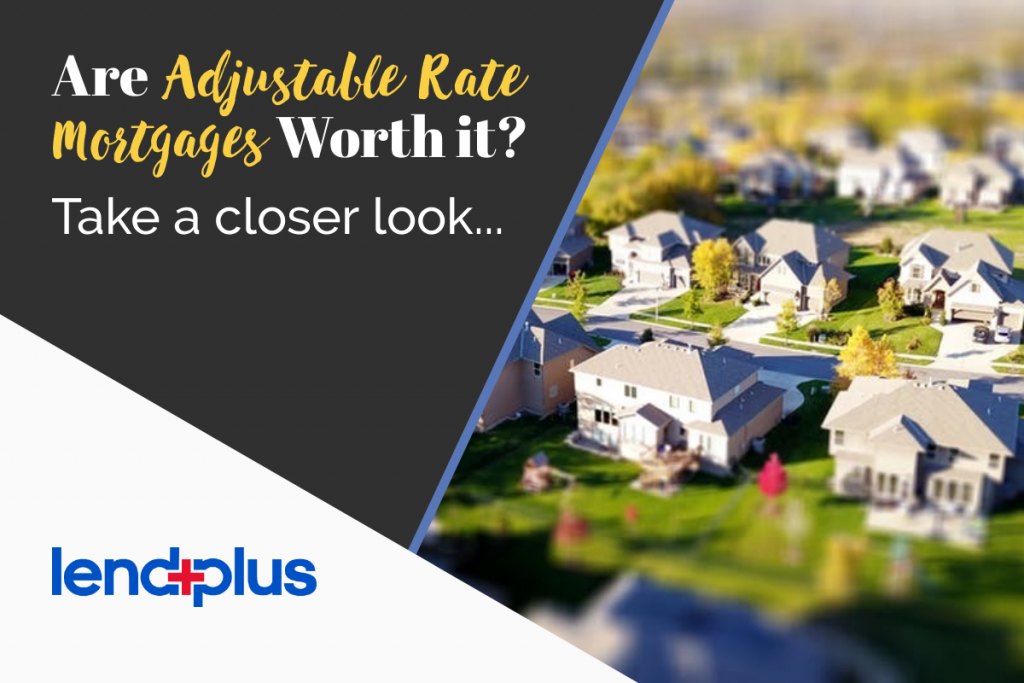 The Adjustable Rate Mortgage (ARM) has become a popular way for Americans to get more immediate bang for their buck when purchasing a home. For a long time ARMs, also known as flexible and variable rate mortgages, have been considered a good option for buyers who are looking to sell their home or refinance in 3 to 5 years. The theory being that the homeowner makes lower payments with little risk of the mortgage payment being adjusted during that short time period.

Because the monthly payment on an ARM is considerably lower than that on a traditional fixed-rate mortgage, a buyer can qualify to purchase more home than they could if they took out a loan with a fixed-rate. For the potential homeowner, this looks like a very attractive proposal.

The primary drawback to an ARM is the fact that if you hold onto the mortgage long enough your mortgage payments could go up. Although exact times for periods of adjustment are stated, exactly how much it will rise is relatively unpredictable. Much of what happens with an ARM depends upon developments in financial markets. If the interest rate on an ARM rises enough, one could end up paying more per month on a variable rate loan than one would on a fixed-rate mortgage.

However, with an ARM there are some protections afforded the home buyer. Most ARMs have limits or caps on how much an interest rate may change both during the length of the loan and the pre-determined adjustment period. The loan contract for an ARM will state how long the adjustment period will be. Commonly, lengths of time regarding interest changes are six months or one, three or five years. If a consumer secures a loan with a one-year period of adjustment, then the rate may be changed on a specified date only one time per year.

The worst case scenario for an ARM occurs when the rates rise higher than the fixed-rate. If, however, rates go down or remain the same and the consumer is able to lock in, convert to a fixed-rate, refinance or sell, then they come out ahead. Switching to a fixed-rate will raise the monthly payment considerably.

There are a few things that you can do to help ensure you’re making the right decision and getting the best deal that you possibly can on your mortgage.

Make Sure You Know the Terms:
You may be thinking, “Of course someone would know the terms of a loan.” This isn’t always the case. When someone is ignorant of the terms of a mortgage, they either haven’t asked the right questions or after asking a question and getting an answer, they don’t ask for clarification if they’re confused. You must ask questions, understand the answers thoroughly and ask for further explanation if needed.

Often information regarding an ARM is given in a simple sequence of three numbers, which may look something like this 3/1/6. In this example, you’re first given the initial cap change of 3, which is the maximum change allowed the first time the rate is adjusted. This maximum is often higher than subsequent changes. The second number represents the periodic change cap. This number, which in our example is 1, is the largest interest rate adjustment allowed during all other changes. The final figure is the life cap or the maximum adjustment that can be instigated during the term of the loan. In our example, the life cap is 6, which is typically the highest amount you’ll see for a life cap on a first mortgage.

Ask Yourself “What if?”:
Taking the time to ask yourself this question and answering it honestly can save you a lot of heartache and money down the line. In other words, know the effect a 3 percent rise in the interest rate would have on your pocketbook in the first adjustment period. If you procure a loan with an interest rate that can be altered every six months, could you afford a big spike in the rate? Would your ability to pay and the security of your home be jeopardized by an upward trend in mortgage rates? Look at the actual numbers.

Let’s say you’re paying $602 dollars at 4% on an ARM that totals $126,000 and the loan goes to 7% in the first year. Your payment would then be $838 per month or $232 more each month and $2,784 more a year. Remember, that elevated amount only represents the difference in interest and does not include principal, which means suddenly you’re paying a lot more for your house than you intended. How much more? Over the course of a 30-year mortgage, you will have paid more than $100,000 in additional interest! That is not a bargain.

Study Financial Trends:
Take some time and get the latest information on what is happening with interest rates. Study what’s occurred over the past 12 months and read up on what the experts are predicting. Check the index your potential lender uses to determine if rates will rise, fall or stay stable. Ask the loan company what index they utilize to calculate if your mortgage payment will change. They should be able to tell you this and also inform you of the margin, which is the additional amount the lender adds to the index rate. Study the index’s past performance to determine how stable it is and how often it changes. Some indexes will be adjusted monthly.

Consider a Less Expensive Home: This is an option about which most people do not want to think. However, your first home does not have to be your last home. Buying a less expensive home at a fixed-rate can pay dividends in the next five to ten years. By paying more than interest on a loan, the homeowner benefits in two ways.

First, because the consumer is paying principal and not merely interest, they are slowly retiring the debt on the house, building equity and actually becoming the owner of the property. If the owner sells the home ten years down the road, he or she will realize a profit that can go towards the down payment for a bigger and better home.

A fixed-rate mortgage also allows you to benefit more from any appreciation in the property. If in ten years, you’ve paid $12,000 in principal on a home worth $100,000 and that same home rises in value by 3% per year, which is a negligible amount, then you would have a home that’s worth about $134,000 and a total gain of $46,000. Imagine how helpful that $46,000 would be in purchasing your dream home!

Try to think in the long term when it comes to home ownership. It can pay off in a very short amount of time, especially if you live in an area where property and home prices continue to escalate.

Although an Adjustable Rate Mortgage may look promising at first glance, it does have its pitfalls. When purchasing a home carefully consider all of your options, do your homework and think about the future and what will be best for you and your family. An ARM may help you realize the American dream of home ownership; however, securing a variable rate mortgage under the wrong circumstances can turn that dream into a nightmare.